I don’t usually write reviews about games, maybe mostly because I don’t play as often as I used to. Most games today are just graphics graphics, I use super shader ray-traced lights but I forgot gameplay because I’m a tech demo.
I grew up with a Super Nintendo playing Super Mario World and Zelda A Link to the Past, yeah shocker, no Spectrum to me :P, so I’m 2D gameplay type lover.

I always loved Mario games, the precision and the rush of making a level without stopping or speeding down was as good as it gets for platform games in my opinion. This is the key point in Mario games, not the story, why else would people still be playing those games? The princess keeps being kidnapped by the same dude, there’s basically no story so what keeps gamers coming around is gameplay and fun.

This is what Super Meat Boy brings us, excellent gameplay with all the frustration and deaths that actually brings meaning to reaching the end of a level. I’ve been following Meat Boy development ever since it was announced, well in fact I’m an avid Edmund Mcmillen fan even since Gish, I even bought his “This is a cry for help” cd, comes packed with 18 games and great comics, you should get it if we is still selling them. 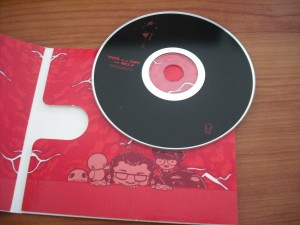 Sorry Tommy Refenes but I don’t know any of your past works, too lazy to research too. Anyway, back on track… 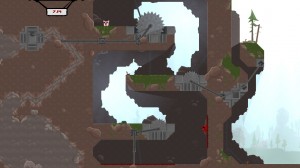 The game is a fast paced platform game with a block of meat which mission is to reach Bandage Girl (it’s Super Meat Boy “princess peach”) on every level, for that we must jump, jump, jump, avoid traps, jump, did I mention we has to jump? 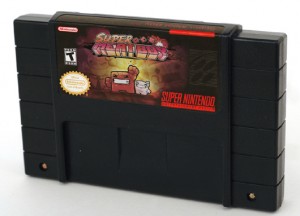 The entire game is about precision and button timing, you fail you die, too slow? goodbye.
This will put you swearing at the TV like you never did, believe me, and not because the buttons feel dumb or the game didn’t respond but because you sucked and died. The controls are so well responsive that it feels like they grabbed Super Mario controls code and improved it.
Plus the Xbox360 controller buttons colors are almost the same as the SNES controller, I felt like going back in time. 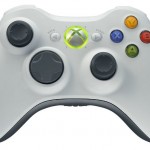 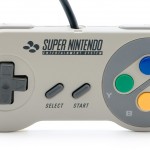 A curious thing is, there’s a run button, the X and another for jump, the A button. Most of the time you will be running so the run button feels almost useless. Well the obvious thing is, on tight platforms you won’t be running, the other thing is this was the first time since those early hardcore platform games which I felt that pressing that button all the time helped me grasping the controller better, and jump seem more timed because you are using the same finger to press them both. Just try it, you’ll see what I mean.

Graphically the game is simple but pretty with small details that you’ll probably miss the first time you play each level. My only complaint is that the cutscenes don’t feel like they belong in the game, because the lack of detail in scenarios and characters, luckily most will put a smile on your face so no harm done.

The game is packed with unlockable characters from other indie games like Beat Trip, Braid, Gish, you name it. For that you need to collect bandages all across the levels. The other things is that each level has a Light and Dark World, (Zelda Link to the Past memories for me) and you unlock the Dark World, which is even harder when you score an A in the Light World.

So the game is a blast and I highly recommend it, even more because right now is at 800 MS Points.

Here’s a video of me playing, be warned I’m not a very good player 😛