Decided to spend the afternoon making Puwang run on Windows, really don’t know why but I did it. 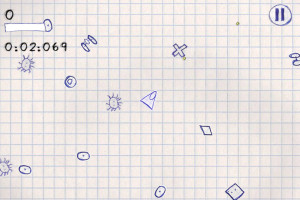 Took me around 3 hours, mostly because I had to add Mouse and Keyboard controls. I also added support for an Xbox360 controller to control the game, it’s very cool. You can’t use the gamepad to control menus though, sorry.

I decided to release it for Windows for free, because the game isn’t exactly designed for PC’s, has a smaller resolution, runs on window mode only and doesn’t have Leaderboards.

Here’s a video I just made of the PC version

The Game requires some external frameworks to be installed, so in event it crashes at start please make sure all dependencies are correctly installed.
–Microsoft Visual C++ 2010 Redistributable Package (x86)
–OpenAL
–DirectX9

So I hope you have fun, let me know what you think.

Don’t forget that you can still grab the original iOS (Universal) game here.

2 thoughts on “Puwang is running on PC, releasing it for free”