Yesterday was an exciting one for all sorts of developers around the world. Visual Studio 2010 got available for both MSDN and DreamSpark subscribers.

First time I installed VS2010 was in the RC form mainly because of WP7 Developer’s Tools and XNA4.0 but haven’t made many investment in searching for new features.

But being available at Dreamspark I downloaded the Professional version and decided to try it out a bit.

On a side note to WP7 developers, if you are using VS RC to develop application to the phone don’t install the RTM version of VS2010 since it’s not compatible with WP7 developer tools yet. You have to stick with the RC for now.

Booting the new VS we get a nice splash screen 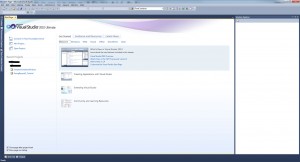 The new Code Editor allows zooming in and out of code. For those days were your eyes are already red from trying to read so much tiny code. Sure you can always change the font size but doing this on the fly is way better. 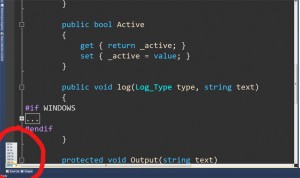 One feature that I would never remember on asking but it’s really handy is Code Selection Block, basically by pressing the Alt Key and making a selection around a block of code, like this:

See how just Vector3 is selected?

Now start changing that block to something else

And voila, you are changing that block of code on the fly 😀 This works for copy paste as well. I’m pretty convinced this allows other stuff too but can’t figure out more usages.

Now, for the new intellisense. It’s not just plain dumb anymore, It won’t search just Classes/Members starting with the letters you typed, it will actively search patterns as well.

Just drag and drop your files to another screen and there you go, multi monitor support.  No more opening another instance of Visual Studio to do this 😀

I know there’s tons of other stuff but that’s what I uncovered so far. Know any more stuff? Please do tell.