Microsoft FxCop, know what this is all about? Good for you, keep using it, It’s a valuable tool.

For those who don’t know you can download it here and read the MSDN documentation here.

FxCop is a is an application that analyzes managed code assemblies and reports information about the assemblies, such as possible design, localization, performance, and security improvements. I decided to make a profile of my current working project and it reported tons of stuff.

Basically it suggests you better name conventions, members that could be static, using arrays where you are using multidimensional ones, It even reported an incorrect way I used Garbage Collector. 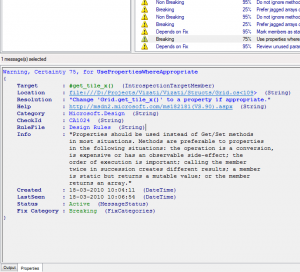 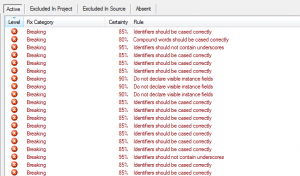