I’ve been developing apps on Mac for almost 2 years now. But usually it’s pretty much just a develop on Windows, boot my 2009 Mini Mac, build on XCode and deploy. 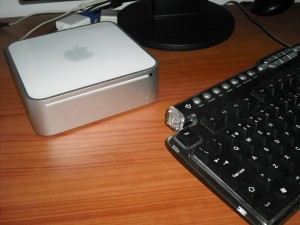 I always wanted to give it a try at using MacOSX as the main development environment, but the mini mac is too slow and well, Visual Studio. Also I don’t like that new Windows 8 that much. I hope Win9 gets back on track, in the line of Win 7. I never owned a Mac other than the Mac Mini but since recently Apple released some new Macbook pro models, which have Haswell processors and I decided to get one.

Since on my day job I work on Linux and I’m trying to use only Mac at home I haven’t used Windows for over two months.
Overall the experience has been great, mostly because it’s an extremely fast machine. A full build of Quest of Dungeons (game+engine) takes around 1m, on my old computer a full build would take between 4-5m. Oh and the retina screen, so gorgeous, everything else seems out of focus now, it’s really a huge difference, coding on that screen is a real treat.
The window management on OSX is really cool, it remembers the last positions of multiple displays, so if I unplug the laptop from my external monitor, even if I move around the windows and then reconnect the monitor it remembers the dual-monitor windows positions and puts them into place, time saver.

There are a few issues/dislikes I have with OSX, but most of them are habits from windows.