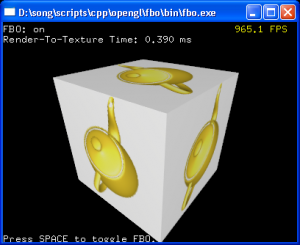 One thought on “OpenGL Render to Texture”