I have great news.

Quest of Dungeons is coming to Nintendo 3DS on September 29.

A couple weeks ago I announced that QoD was being released for Wii U on September 29 but I didn’t had a specific release date for the Nintendo 3DS version.

I spent the last few weeks trying to sort all know issues on the Nintendo 3DS version and I’ve been working with Nintendo to see if it can be released at the same time as the Wii U version. So everyone gets it on the same day \o/ 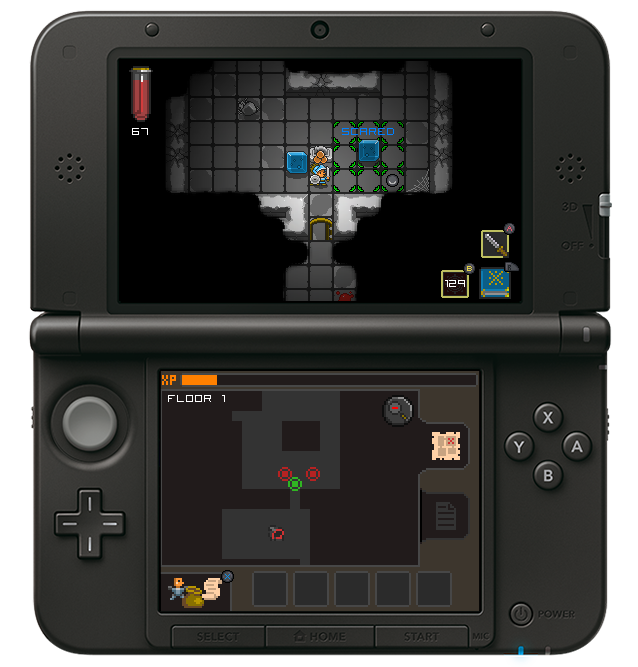 Here are some screenshots

-Does it support StreetPass?
Yes, see this post (link) for more information about how it works.

-Does it have stereoscopic 3D?
No.

That’s all for now. Looking forward to see the game reaching your hands.