Lately all my free time has been spent adding new features to Basalt and developing Sapphire.

Some months ago, I started building Sapphire, a 2D editor for helping me creating to create my maps. Unfortunately I made a bad choice and decided to integrate XNA with Windows Forms, although I managed to do it it was a real pain to add something simple and eventually I dropped it.

Here’s a screenshot of the previous alpha version: 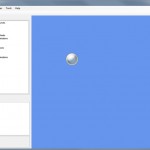 I kept working on the engine itself and just making small prototypes for testing it. Finally 2 weeks ago I decided to start from scratch and just use xna to build it. Not much is done but I have little time after work to develop. Anyway I’m happy since I already have textures import, basic object positioning, scaling and a Layer System. 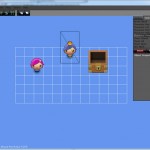 This is an early stage of the new editor, it’s from last week.

When I have some cool stuff I’ll update a new video.

On the engine side, today I decided to add a Console component to the engine, much like Source Engine and Quake consoles, to input commands, here’s the result:

Hopefully by the beginning of next year I’ll have a beta version that I can release to the public for testing. I intend to launch a free and a payed version of the engine+ editor. My only dout is if I trim down some functions or just release it as free for non-commercial usage only.